Our final instalment for the programme is brought to you by our Online Marketer and Online Media Specialist, Andre de Waard, who shares his valuable insights into the ever-changing online advertising world's future. Andre's advice is to make sure you always keep an eye on this evolving digital landscape: "The only thing that won’t change, is that everything will continue to change."  -Andre de Waard 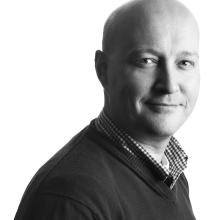 The first commercial banner appeared on the internet in 1994. It was shown on the website Wired (back then HotWired) on October 27th. It was an ad for AT&T.  A lot has happened since that first banner. Online advertising nowadays is much more than banners (now often called display advertising). Online advertising has grown rapidly over the years.

Challenge: to find other, non-intrusive forms of online adverting to reach the consumer.

Mobile ads are exploding – While the growth on desktop is flat, mobile ad revenue is exploding. According to the IAB the first half of 2016 internet adverting revenue reached $ 32.7 billion. Mobile grew 89% and represents 47% of the total internet advertising revenue. Between Q2 2015 en Q2 2016 desktop fell 13%. Because more and more consumers consume information from their smartphone also the ad spend on mobile is expected to grow the coming years.

Challenge: make sure your website is optimized for mobile (mobile first) and make use of mobile advertising, that is where the target audience is.

Challenge: it is almost impossible not to advertise using these parties. Because the target group is using Facebook and Google. So advertisers are almost ‘forced’ to advertise here.

Programmatic advertising is not only reserved for online advertising but in the (nearby) future it will also be used for buying outdoor advertising, radio and television.

Challenge: make sure you know exactly who you are targeting on and make sure to use an expert agency for this type of media buying.

Challenge: think about how advertisers can fit chatbots into their marketing strategy. This can mean advertising with chatbots or creating a chatbot for your own company to get in touch with the consumer.

Two years ago smartphones were capable of recognizing 80% of spoken words. Nowadays this is about 92%. So, it is becoming more and more user friendly and accurate. Google wants to enter a new phase with the ambition to create the ultimate mobile assistant which helps you with everything in your daily life. The growth of voice search will not only come from the use of mobile internet, but also from devices like Google Home and Amazon Echo.


Challenge: we talk differently to how we write. Therefore, it is important to optimize website content to spoken text.

Challenge: realise that video advertising can not only be used as a branding tool but also to stimulate sales in combination with other marketing activities.

​​The only thing that won’t change, is that everything will continue to change.

Challenge:  to see these changes not as a threat, but as opportunities.