A new generation means new traditions. For All Souls' Day, this means commemorating the dead in a way that particularly celebrates their life. With the use of lots of flowers, that keep the beautiful memories alive, as they do during Dia de los Muertos. On 1 and 2 November the Flower Council of Holland will be inviting the media, influencers and the general public to celebrate the memory of deceased loved ones in accordance with the codes of the Mexican Dia de los Muertos.

Traditions change constantly. And so it is with All Saints' Day known as All Hallows' Day (1 November) and All Souls' Day (2 November), the days on which deceased saints and loved ones are remembered. This is marked annually in countries such as France, Belgium and Germany, but interest is declining*. That is partly because churches attract fewer worshippers, but also because younger generations are not keen on these sombre days. National surveys** show that the French and Germans in particular believe that positive aspects should prevail, with the emphasis on beautiful memories. 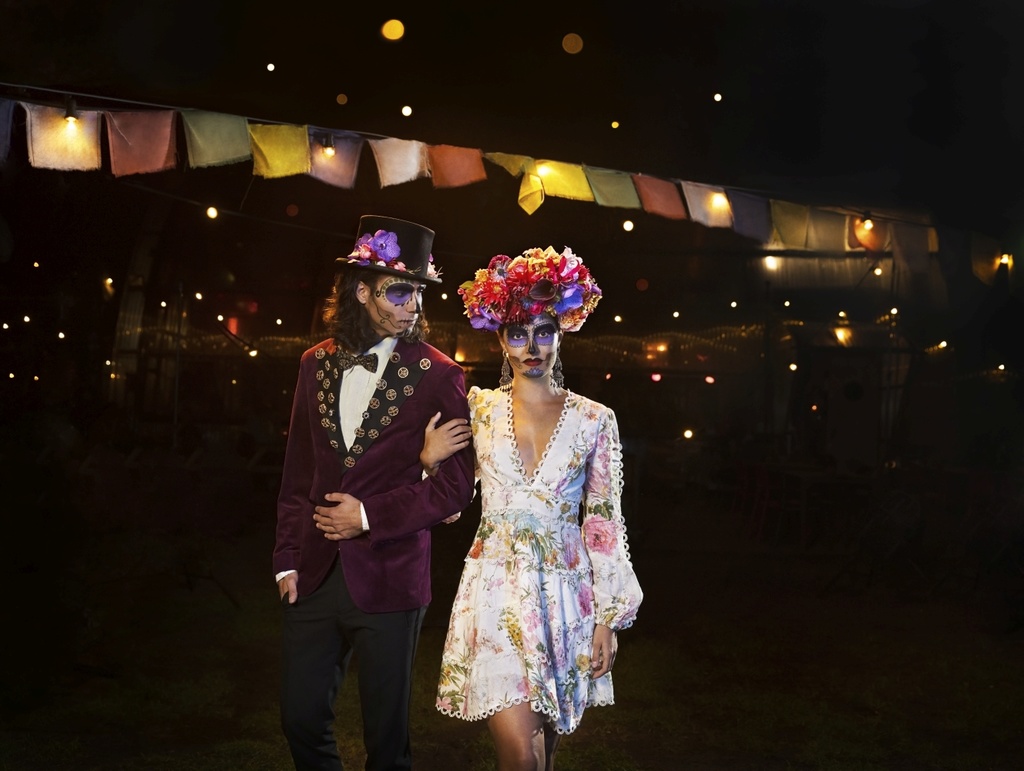 For that reason a new way of commemorating is being sought which fits better with modern times. And that involves not just remembering the dead, but also celebrating their life, as is done in Mexico and the surrounding area on the Dia de los Muertos. This is one of the most important popular festivals of the year in Latin America, when the souls of the dead briefly return to Earth to celebrate with the living.

Flowers as guides
On 1 and 2 November the Flower Council of Holland will be inviting the media, influencers and the general public to celebrate the memory of deceased loved ones in the vein of the Mexican Día de los Muertos. At the heart of this is the idea that the souls influence our present life and that this beauty is commemorated. Flowers play an essential role in this: they can be colourful and beautifully scented, to help guide the souls home where people eat, drink, sing and toast life together. The public campaign will provide extensive information about the background to this new, warm way of remembering our deceased loved ones.

Wreath becomes crown
In Europe flowers will play a leading role in the new celebration. The first step towards this was made in Paris last year. This was such a success that it is being continued this year, and expanded to Germany, where each country has the scope to interpret the concept in accordance with local traditions. Placing the emphasis on the positive, it offers good opportunities for florists who previously found it difficult to promote All Saints' Day and All Souls' Day. Instead of white, the flowers can be colourful... A floral wreath becomes a floral crown, a memorial arrangement becomes a flowering display of joy, and a bouquet with the deceased’s favourite flowers is a beautiful gesture to commemorate them.

Flowers, luck and sweets
For this time of year, think of a window or table display in the style of Día de los Muertos with a brief explanation to inspire people to make an evening of it, filled with beautiful memories. The traditional floral crowns are bang on trend at the moment, as are the skulls that are supposed to attract luck during the Día de los Muertos. These are compassionate, not scary, and often made of chocolate or candy, or cheerfully painted so that the tableaux also contains skeletons doing ordinary everyday things. Combine with candles and plenty of flowers, as this brings a new significance to a familiar tradition that is worth upholding.

* This actually involves the celebration of All Souls' Day which falls on 2 November, but because Toussaint (All Saints' Day, 1 November) is a public holiday, the celebration takes place on this day.

** Surveys in France (2017) and Germany (2018) about commemorating loved ones, the traditional form of commemoration and the ideas behind Dia de los Muertos. The respondents are representative of the population as a whole.