The story behind the Calla Lily
Like the Anthurium and the Spathiphyllum, the Calla Lily - officially called the Zantedeschia - is part of the Araceae family and is characterised by the pitcher-shaped bract (spathe). The actual flowers, on the spike, are tiny and less eye-catching. Zantedeschia’s great popularity has particularly been caused by the big expansion in the summer and autumn-flowering range.

Many arums have a preference for swamps. Zantedeschia species are also swamp plants that embed themselves firmly in the banks. The arum originates from southern Africa as far north as Malawi, and often grows in places where rainwater drainage is obstructed. These are periodically saturated swampy spots, but they only exist for relatively short periods. The plant can easily survive subsequent long periods of drought.

Zantedeschia was originally called Arum aethiopicum or Ethiopian arum lily. At that time (18th century) western Africa was largely unknown and Ethiopia stood for almost the whole of Africa. The plant was also named Calla aethiopica, whereby 'Calla' is Greek for ‘beautiful’. The name ‘Richardia africana’ was also used, after the French botanist Richard. Ultimately they adopted Zantedeschia, after the Italian physician and botanist G. Zantedeschi (1773 - 1846). Aethiopica is Greek for 'growing in the land of the Moors' or 'scorched by the sun'.

Zantedeschia is commonly called Calla, and arum is also still a widely-used name. In the past we were only familiar with flowers of the white Zantedeschia aethiopica, and they were particularly associated with mourning 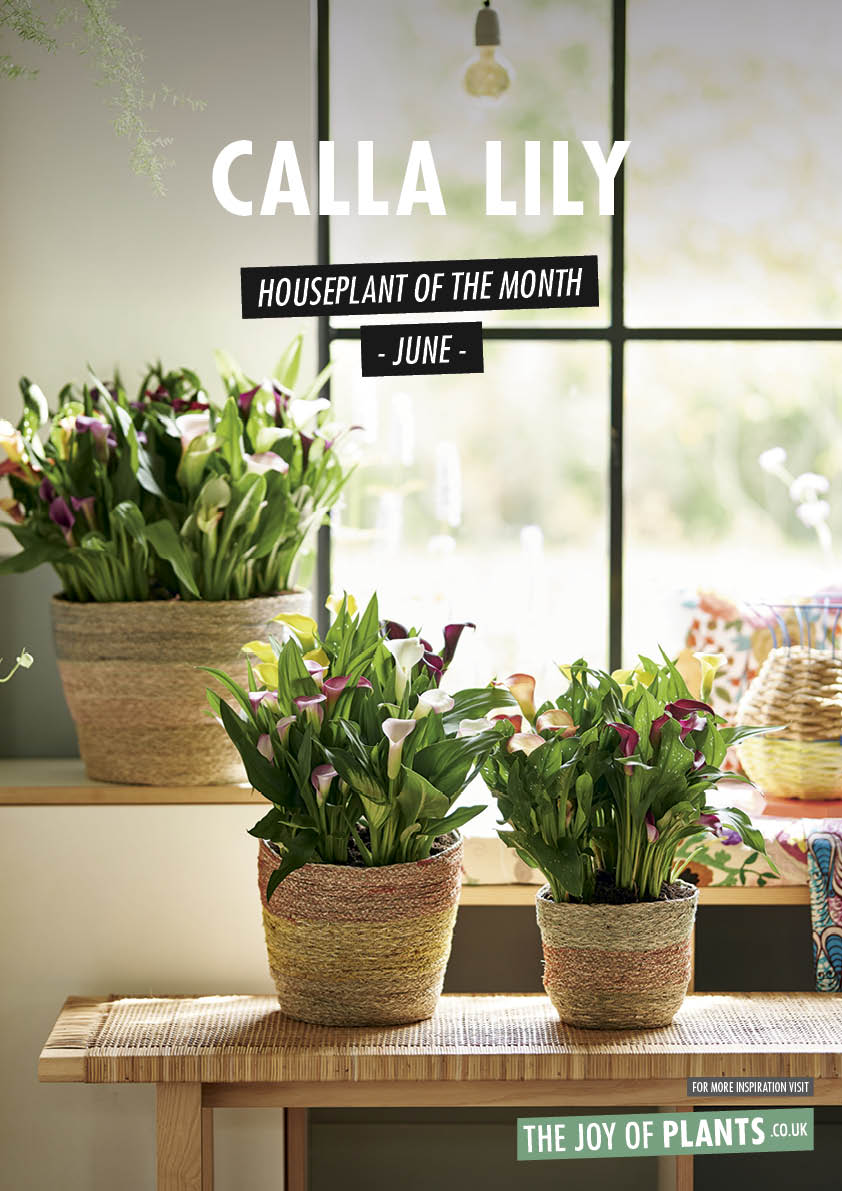 What to look for when buying Calla Lily

Range
Calla Lily is most widely supplied in the spring and summer months.

The Calla Lily range has expanded considerably in recent years, so that there are many colours and leaf markings available. Pink and yellow are most common colours, but the plant is available in various colours until September.

Within the range we distinguish between large-flowered and small-flowered species and cultivars derived from Z. aethiopica (with white as the main colour)

Calla Lily can be used as a houseplant and garden plant, and has an unusually long lifespan. Zantedeschia tubers or rootstock are increasingly being offered as ‘dry’ sales for use as ‘garden Callas’.

Care tips for consumers
Calla Lily is easy to care for and can be enjoyed for a long time.

Sales and display tips for Calla Lily
Its often attractive bright colours mean that Calla Lily works very well in cheerful ‘handmade’ interiors. The plant, which already appears to be a mixture of local and exotic, looks fabulous in artisan pots with colourful ethnic patterns. The Calla Lily can also be placed in a simple earthenware pot, which looks attractive on the balcony or patio (a gift idea for Father’s Day).  The attractive shape of the spathe makes it a fabulous eyecatcher anywhere. The Calla Lily also combines readily with other green and flowering plants.

Calla Lily poster:
You can download the posters free of charge using the links below. Calla Lily: the Houseplant of June 2020
Download image
Prev Next