Anyone who goes walking on the moors will recognise Erica straightaway. A beautiful, almost endless carpet of colourful ground-covering plants with flowers that give colour in the cold months. And who wouldn’t like that in their garden or on their patio or balcony in January? When it has finished flowering, Erica is also an attractive addition to the garden all year round with just a bit of care. Evergreen, ground-covering and easy! 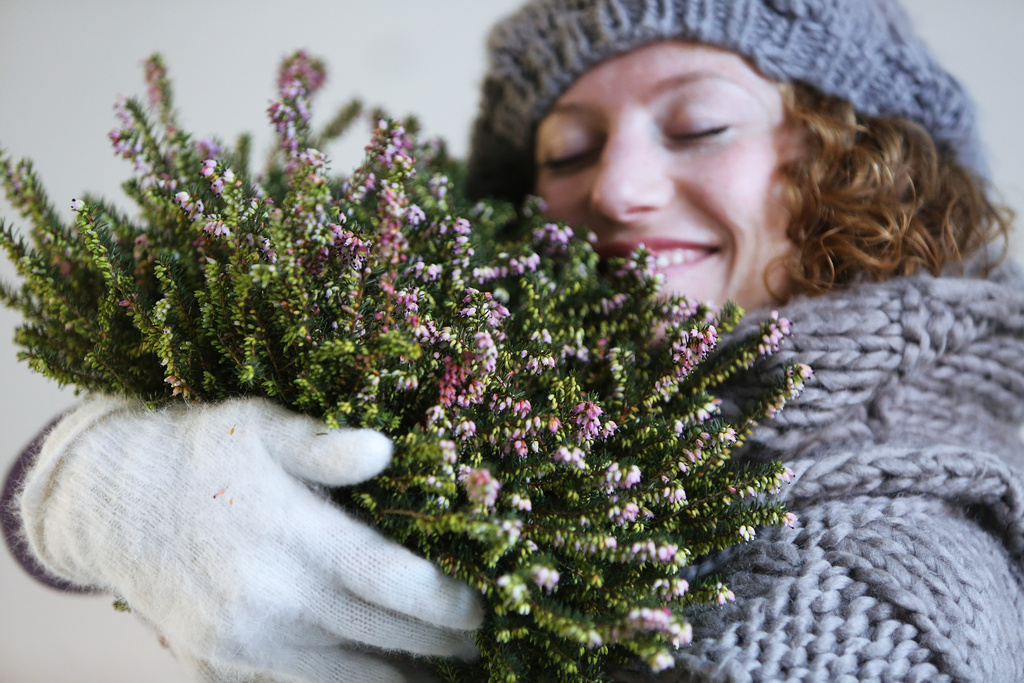 The genus Erica is a member of the Ericaceae family, which includes other garden plants including Calluna, Pieris, Rhododendron, Azalea and Gaultheria. They’re beautiful plants to combine together, since they require roughly the same growing conditions and care. Erica is a very extensive genus of plants with hundreds of species, most of which originate from southern Africa.

The species that are sold in January are hardy and widely available from garden centres, florists and DIY stores. The most important two species, Erica carnea and Erica darleyensis, are real winter heathers and flower from December to March/April. Erica carnea is more compact, and Erica darleyensis has a looser growing habit. They look attractive in group plantings in borders or pots. There are many cultivars of both species. The colours are pink, lilac or white.
In addition to the colour of the flowers, the foliage can also be different colours: green, yellow, orange and bronze are all eye-catching.

Erica and Calluna (ling or summer heather) are sometimes confused. They are easily distinguished: Erica’s leaves are always needles, whilst Calluna has scale-shaped leaves.

Caring
Winter heather plants prefer an acid soil. You can use special heather mixture to create acid soil, or add garden turf or partly composted conifer needles to the soil. Erica carnea will also tolerate less acid soil, so it can cope with chalky soil.
It’s important that the soil is damp and well-draining. The plants do well in full sun, but also in partial shade. Erica combines well with other acid-loving plants like conifers and plants from the Ericaceae family. You can remove brown wilted flowers by running your hand through the plant. This ensures that the plants continue to look good.

Pruning tips
On the moors, sheep play an important role in keeping the plants under control. They nibble off the tops of the plants - a kind of pruning.
It’s therefore also a good idea to keep Erica ‘down’ in the garden as well. If winter heather plants are not pruned regularly, they will only produce flowers on long woody stems. This will give them a less attractive shape, and after a while their nice compact ground-covering characteristics will be lost. Pruning back to the old wood is also less likely to produce new shoots. Pruning these plants is therefore an ongoing task that should be done every year.
Prune the heather plants when they have finished flowering in March. For winter-flowering Erica plants, pruning in April or May is best. It easiest to prune with secateurs, so that the plant is neatly trimmed. If it’s a very large expanse of Erica, garden shears are also an option. Pruning ensures the plants continue to grow well, produce plenty of flowers next winter and remain young and healthy.

More information about Erica and other garden plants can be found at Thejoyofplants.co.uk.

Garden Plant of the Month for January: Erica
Download image

Garden Plant of the Month for January: Erica
Download image Garden Plant of the Month for January: Erica
Download image
Prev Next