The shopper activation Autumn in a Vase took place in Germany in October at 135 participating Blumen Risse stores and online at blumen-risse.de. This was a collaboration between the growers collective 365 days of flowers, and wholesaler Hilvarda de Boer. The promotion linked up with the ‘Autumn calls for flowers’ content campaign. This transpired to the creation of special autumn bouquets and a new weekly Strauss der Woche (bouquet of the week) for € 9.99. 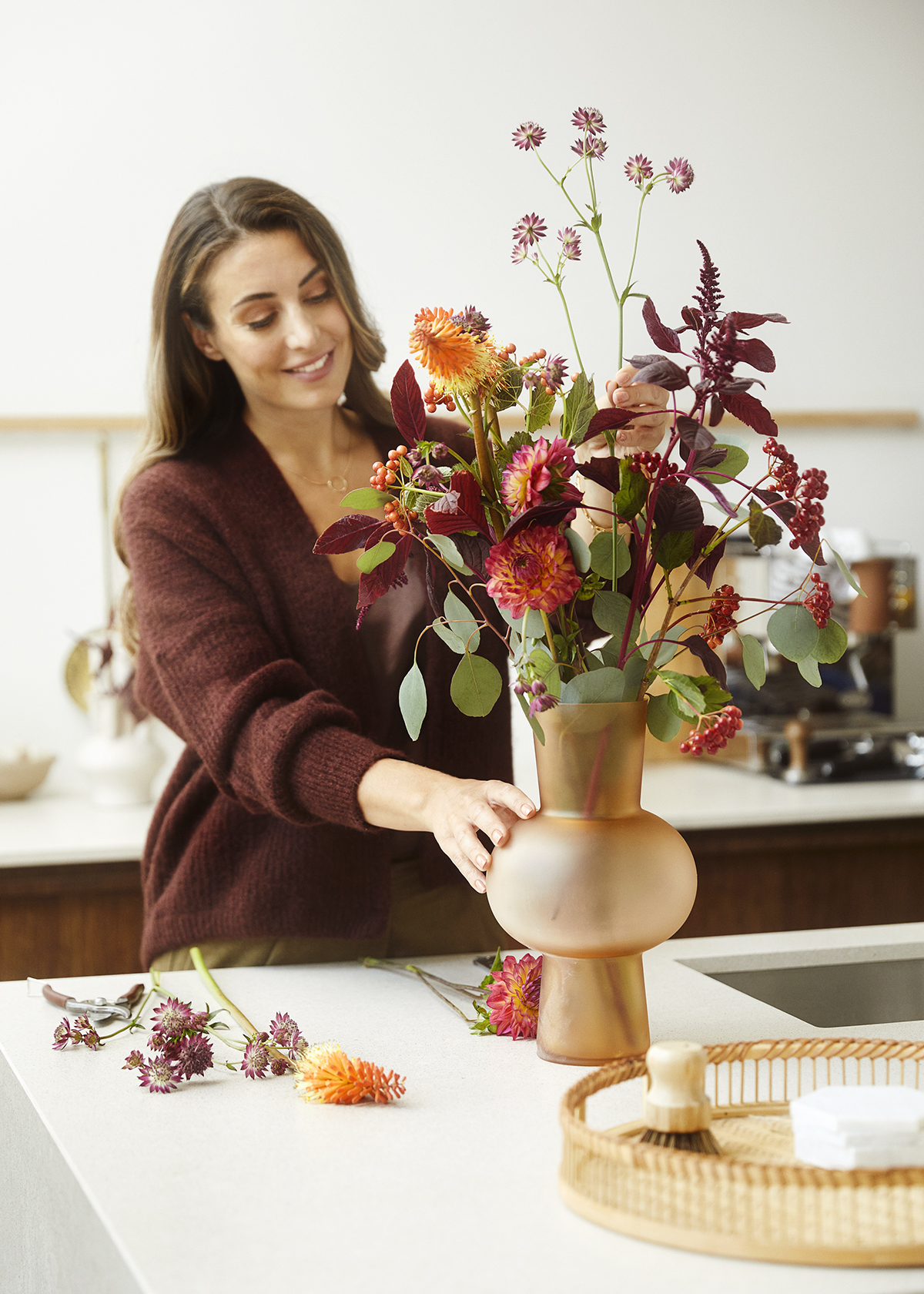 Results in numbers
The shopper activation performed better than expected, and targets were comfortably achieved.
The quantitative results: More than twice as many bouquets of the week were sold compared to October 2020. Certain 365 days of flowers products - such as Kniphofia, Crocosmia and Liatris - saw bigger sales during the promotion period in October than in the whole of 2020. The promotion also lead to a 20% increase of web traffic to Blumen-risse.de.

Qualitative results
Blumen Risse is very happy with the campaign. The high-quality professional product photography was a good fit for the image of their business. Although the Blumen Risse florists were initially sceptical (“Is this appropriate for Blumen Risse?”), they became increasingly enthusiastic. In the end they enjoyed working with this autumn range. This was an important development with a good result, since it makes it more likely that they will work with these products more next autumn, which is good news for the seasonal flower growers. It also shows that a shopper activation not only tempts consumers to buy more flowers, but also provides florists with a positive experience in particular with seasonal products of which they previously unfamiliar with.

More information
If you would like to find out more about this Shopper Activation or are interested in participating in a promotion for your business, please contact Floris Wiebosch, Shopper Activation Marketeer, at fwiebosch@bloemenbureauholland.nl.