January - the month that is synonymous with grey and cold. So playing to the desire for spring proved to be a brilliant move for a shopper activation activity around the tulip in the Netherlands. With our ‘Put spring on your table’ message, we made January synonymous with tulips and the associated spring feeling. We encouraged shoppers to make a trip to their florist and buy tulips early in the season. Read on to find out more about the results. 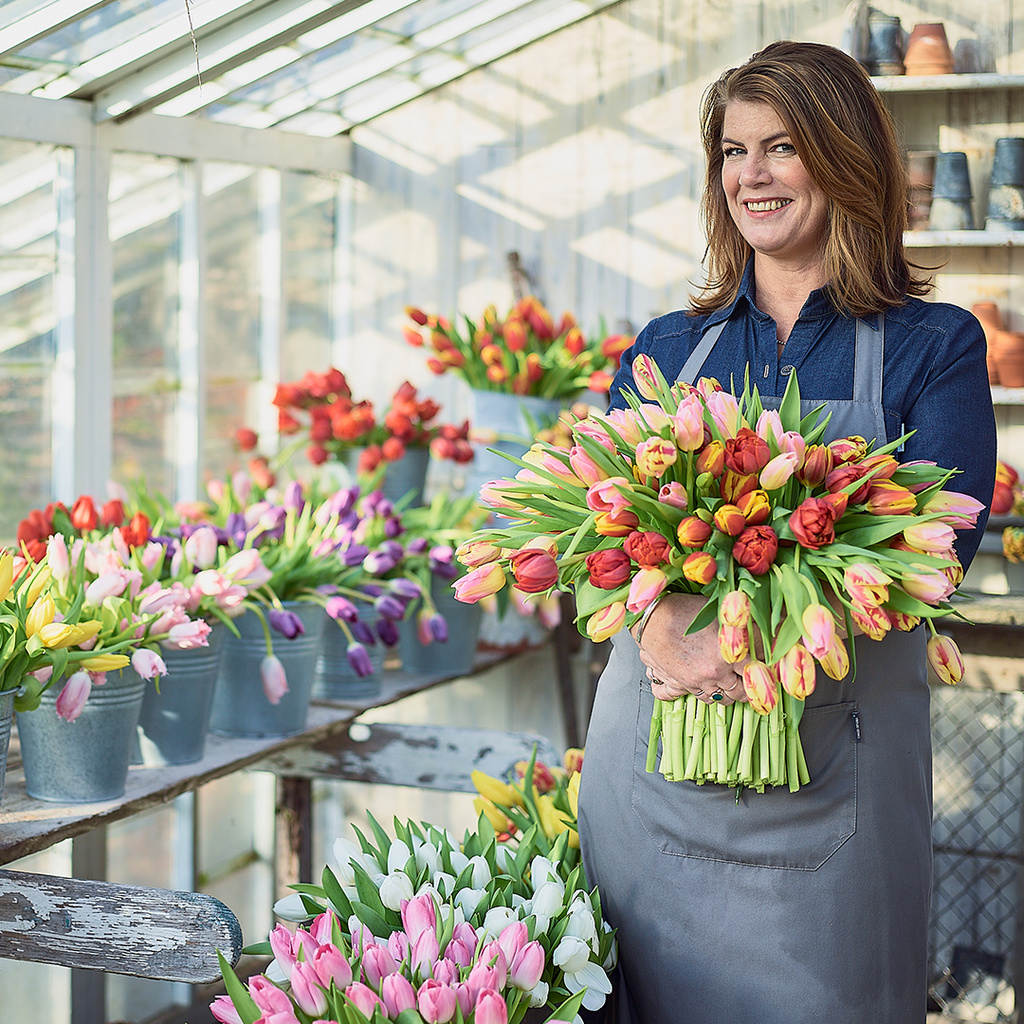 The activation ran from 19 January to 7 February 2019 and involved a good collaboration between TPN, VBW, Plantion, Alflora, delicious.magazine, chef and food writer Yvette van Boven, and Mooiwatbloemendoen.nl (our Dutch version for Funnyhowflowersdothat.co.uk). At the heart of the promotion was the code that customers were given when buying a bunch of tulips. This gave customers the chance to win a bouquet of tulips or a cookery workshop with Yvette van Boven who used tulips on the table and as a garnish for the dishes. 35,000 codes were issued, of which over 3,100 were entered on Mooiwatbloemendoen.nl. That represents an 8.9% response, as against an average 3.5% for similar promotions. Also significant is the fact that participating florists viewed the promotion positively and praised the added bustle in their shops with a special interest in tulips that the activation generated.

The content of the promotion
Chef, cookery book author and columnist Yvette van Boven was the face of the shopper activation. She appeared on all the available POS material, which consisted of an A1 sandwich board poster, a life-size cardboard cut-out of the chef, a countertop display, and 100 bouquet cards per florist that included the unique promotion codes. As a result customers could not overlook the promotion.
Tulips were not just in the spotlight on the shopfloor. 11 pages of delicious.magazine also gave extensive coverage (through recipes) to tulips and spring flowers. Part of this content was then used on Mooiwatbloemendoen.nl, with a link to the shopper activation. The promotion was highlighted through social media, which meant that the campaign was fully rounded.

Where now?
We will be meeting with TPN in May to discuss plans for a tulip shopper activation for 2020 in both the Netherlands and Germany. We will draw on our learnings from the last promotion and examine carefully how we can reach florists even more effectively to encourage participation in the next campaign.